KLM Partnership are following Government Guidance and monitoring this daily.  Given the growing challenges arising from the Covid-19 virus epidemic, as of Monday 23rd  March 2020,  the KLM Partnership have introduced a series of measures as part of a proactive and responsible effort to safeguard business continuity and the health of our employees and Partners and the wider team.

We would confirm that all our office premises are now closed.

All meetings are currently being facilitated through Microsoft Teams (or other available platforms, Zoom) and site visits have been curtailed, albeit a number of visits to sites are beginning to take place.

In January 2018, it acquired two Category-B listed buildings in the centre of Inverness and commissioned a design team, led by LDN architects to transform the buildings to provide artists' studios, workspaces for creative industries, individuals and cultural social enterprises, as well as publicly accessible meeting, events, exhibition, café and workshop space. it will be the largest sustainable creative arts facility and community resource of its type in the highlands and has been developed with, and for, the local creative community.

The restoration, carried out by Robertson Construction Northern, has created 32 artist studios, a community run traditional darkroom and a large events space in the former gym hall. Externally, an innovative approach was taken whereby existing fabrics and fixtures were reused and repurposed rather than removed and replaced. It also upgraded services in the building to make it universally accessible for the first time.

Phase 1 is now home to 31 working visual artists and a darkroom group with 16 members. There has been a huge interest and support from the local community and open day events during development, and since completion, have had record visitor numbers.

The initial £1.2 million phase of the £5.7million scheme will provide high quality, affordable workspaces for 39 artists and makers.

"Tenants could include everything from visual artists, theatre groups and craft makers, to media companies or businesses at the cutting edge of the digital arts.

As the only creative hub in the region, it will greatly improve opportunities for collaborative working, skills sharing and networking, as well as support for, and retention of, creative talent in the Highlands.

The Highlands is a region of huge talent and creativity, but many people have been held back or forced to leave because there is too little studio space. the opening of the creative academy is an important first step towards reversing this trend and helping to build the strongest and most vibrant possible creative economy." 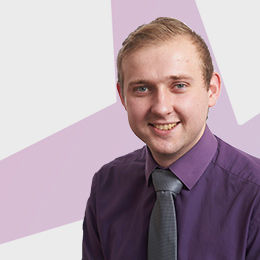